Unless It Changes, Capitalism Will Starve Humanity By 2050

Capitalism has generated massive wealth for some, but it’s devastated the planet and has failed to improve human well-being at scale.

• Species are going extinct at a rate 1,000 times faster than that of the natural rate over the previous 65 million years (see Center for Health and the Global Environment at Harvard Medical School).

• Since 2000, 6 million hectares of primary forest have been lost each year. That’s 14,826,322 acres, or just less than the entire state of West Virginia (see the 2010 assessment by the Food and Agricultural Organization of the UN).

• The world’s population is expected to reach 10 billion by 2050 (see United Nations' projections). 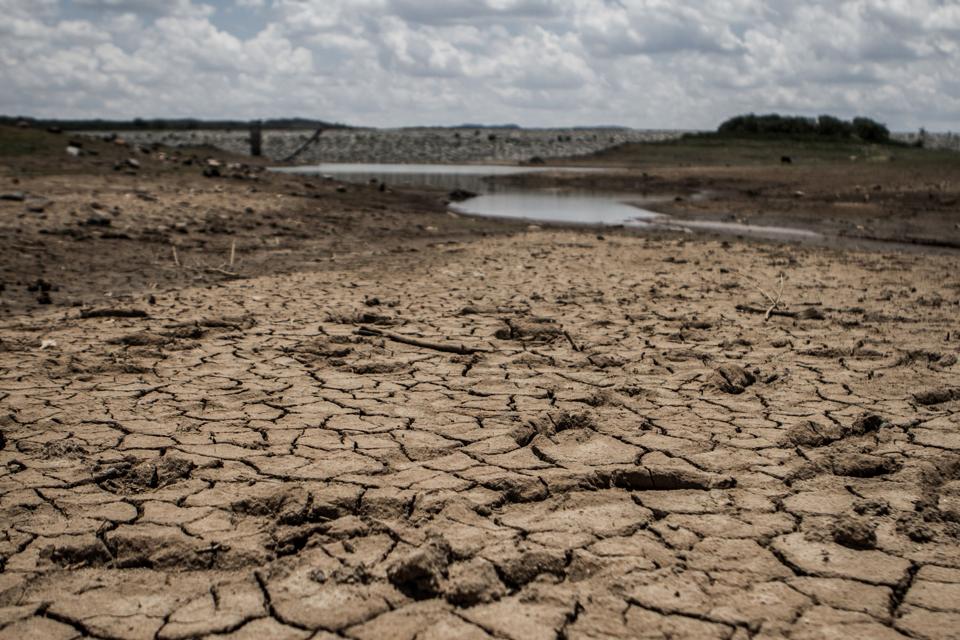 
How do we expect to feed that many people while we exhaust the resources that remain?

Human activities are behind the extinction crisis. Commercial agriculture, timber extraction, and infrastructure development are causing habitat loss and our reliance on fossil fuels is a major contributor to climate change.

Public corporations are responding to consumer demand and pressure from Wall Street. Professors Christopher Wright and Daniel Nyberg published Climate Change, Capitalism and Corporations last fall, arguing that businesses are locked in a cycle of exploiting the world's resources in ever more creative ways.

"Our book shows how large corporations are able to continue engaging in increasingly environmentally exploitative behaviour by obscuring the link between endless economic growth and worsening environmental destruction," they wrote.

Yale sociologist Justin Farrell studied 20 years of corporate funding and found that "corporations have used their wealth to amplify contrarian views [of climate change] and create an impression of greater scientific uncertainty than actually exists."

Corporate capitalism is committed to the relentless pursuit of growth, even if it ravages the planet and threatens human health.

We need to build a new system: one that will balance economic growth with sustainability and human flourishing.

A new generation of companies are showing the way forward. They're infusing capitalism with fresh ideas, specifically in regards to employee ownership and agile management.

The Increasing Importance Of Distributed Ownership And Governance

Fund managers at global financial institutions own the majority (70%) of the public stock exchange. These absent owners have no stake in the communities in which the companies operate. Furthermore, management-controlled equity is concentrated in the hands of a select few: the CEO and other senior executives.

On the other hand, startups have been willing to distribute equity to employees. Sometimes such equity distribution is done to make up for less than competitive salaries, but more often it’s offered as a financial incentive to motivate employees toward building a successful company.

According to The Economist, today’s startups are keen to incentivize via shared ownership:

The central difference lies in ownership: whereas nobody is sure who owns public companies, startups go to great lengths to define who owns what. Early in a company’s life, the founders and first recruits own a majority stake—and they incentivise people with ownership stakes or performance-related rewards. That has always been true for startups, but today the rights and responsibilities are meticulously defined in contracts drawn up by lawyers. This aligns interests and creates a culture of hard work and camaraderie. Because they are private rather than public, they measure how they are doing using performance indicators (such as how many products they have produced) rather than elaborate accounting standards.

This trend hearkens back to cooperatives where employees collectively owned the enterprise and participated in management decisions through their voting rights. Mondragon is the oft-cited example of a successful, modern worker cooperative. Mondragon's broad-based employee ownership is not the same as an Employee Stock Ownership Plan. With ownership comes a say – control – over the business. Their workers elect management, and management is responsible to the employees.

REI is a consumer cooperative that drew attention this past year when it opted out of Black Friday sales, encouraging its employees and customers to spend the day outside instead of shopping.

I suspect that the most successful companies under this emerging form of capitalism will have less concentrated, more egalitarian ownership structures. They will benefit not only financially but also communally.

The hierarchical organization of modern corporations will give way to networks or communities that make collaboration paramount. Many options for more fluid, agile management structures could take hold.

For instance, newer companies are experimenting with alternative management models that seek to empower employees more than a traditional hierarchy typically does. Of these newer approaches, holacracy is the most widely known. It promises to bring structure and discipline to a peer-to-peer workplace.

Holacracy “is a new way of running an organization that removes power from a management hierarchy and distributes it across clear roles, which can then be executed autonomously, without a micromanaging boss.”

Companies like Zappos and Medium are in varying stages of implementing the management system.

Valve Software in Seattle goes even further, allowing employees to select which projects they want to work on. Employees then move their desks to the most conducive office area for collaborating with the project team.

These are small steps toward a system that values the employee more than what the employee can produce. By giving employees a greater say in decision-making, corporations will make choices that ensure the future of the planet and its inhabitants.